Community Homes June Resident of the Month devoted to serving others. 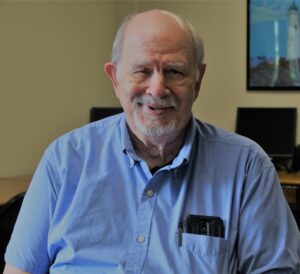 Christian Nolt V (the “V” means he is the fifth generation in the family with the name Christian Nolt) made a major decision in 2019. He had been living in a Lebanon apartment that provided too much living space at an unaffordable rental cost. So, it was time to make a move.

A group of friends suggested he apply at Community Homes, which he did. Around eight months later, Christian moved into his new apartment at Poplar Terrace. It proved to be the proverbial “match made in heaven” for both parties. “I love being around people,” says Christian, “shortly after moving here, I volunteered to become the Assistant Resident Helper. I still do it today, without the “assistant” attached to the title”.

His responsibility kicks in at the end of each day when he becomes the “go to contact” for residents with questions or problems. He also proactively makes sure that each resident is accounted for each day. Each resident has a stat on their mailbox, which is a slide bar that shows red until the resident slides it over to show silver. The residents are required to slide their stat bar by 3:00 PM each day to show they are ok. At 3:00 PM the resident helper(s) or their assistant, checks on each resident whose stat is still showing red. “Another way Community Homes shows they care about residents,” he says.

Christian is a lifelong Central Pennsylvania resident. He was born in 1945, and raised in a tiny village, Drytown, on a 100-acre family farm, He attended Manheim Central School, but dropped out to join the army Signal Corps. He served for three years, where he earned his GED.  He also experienced about a year of college education at Franklin & Marshall in Lancaster.

His professional career started in 1969 where he worked in the banking industry, with Commonwealth National Bank in Elizabethtown. He enjoyed dealing with customers and advanced from teller to specialized teller to loan officer during the period from 1969 to 1981.

Christian met his true calling in 1989, when he joined Camp Hill Ministries. He devoted his life to helping the less fortunate. Including working with the homeless and the rehabilitation of prisoners through Jubilee Ministries. Along the way he faced a series of health issues (Christian is a cancer survivor). But his focus stayed on service to others. He also volunteers at the Gospel Center at 10th and Willow Streets in Lebanon, where he serves meals and helps with services.

Christian is a proud father of two daughters, both homemakers. Kelly, 50, lives in Chads Ford, Pa and has twin 16-year-old daughters and a 13-year-old son. Kristie, 47, has a 27-year-old son and lives in Dauphin, close to Ft. Indiantown Gap.

When asked what makes him proud, Christian’s answer was predictable – “working with people.”